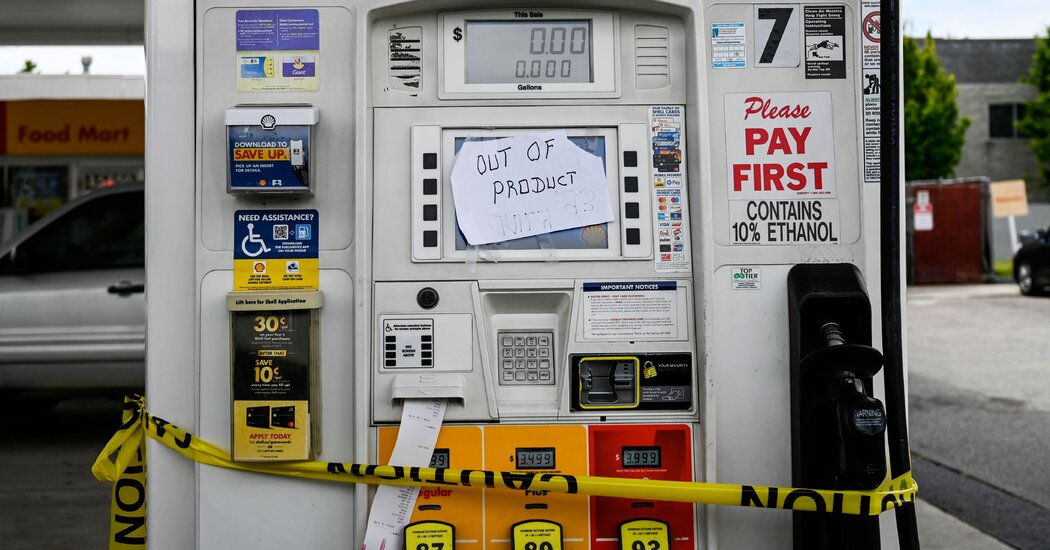 The F.B.I. said a criminal group known as DarkSide was responsible for the Colonial hack. The company reportedly paid the gang roughly $5 million worth of cryptocurrency to unwind the attack.

A Colonial spokesman defended the company’s focus on safety and said some of the financial gains from the Trump tax cut were steered toward technology investments, although he did not say how much. He said total spending on the pipeline’s IT system had risen by nearly 50 percent since 2017, without giving a figure for total spending.

The fact that the owners of the pipeline upped their payout in the face of systemic failure isn’t unique to Colonial. But the company does have a knack for making money even in the midst of crisis.

Koch Industries, the industrial conglomerate run by the billionaire Charles Koch, is the company with the largest ownership stake in the pipeline. He has profited for years off similar energy bottlenecks in the upper Midwest, where gasoline supplies can be tight. Pine Bend, a Koch refinery in Rosemount, Minn., for example, has been a steady source of profit for decades, according to current and former company officials. It owes its profitability to its location in the middle of a broken fuel market. Koch buys cheap crude for Pine Bend from an oversupplied market of Canadian high-sulfur crude, which requires specialized equipment to process. Koch then sells its finished fuel into an undersupplied gasoline market in the upper Midwest. Gas prices in the Midwest can stay high even when prices drop nationally, largely because of a refinery shortage.

Regulatory hurdles have paved the way for these profits for decades. In the 1950s, President Dwight Eisenhower capped oil imports to protect the domestic market but gave a rare exemption that benefited the Pine Bend refinery, granting the company lucrative, special access to cheap crude. In the 1970s, the Clean Air Act imposed pollution standards on all new oil refineries. These standards made it nearly impossible for competitors to open a refinery near Pine Bend that might take some of its market share.

This was not, of course, the goal of the Clean Air Act. But over the years, the issue of keeping regulation fair between old and new refineries got bogged down in legal proceedings and regulatory fights that benefited big refiners that could afford to litigate such matters. Koch can afford to hire expensive legal experts and lobbyists, while many start-ups that might change the market dynamics by opening it up to a whole new field of competitors cannot. This entrenches the market power of the Pine Bend refinery and the Colonial Pipeline. At every step of the way, Koch benefits from regulatory stasis and dysfunction.

The political stalemate over this fight has further entrenched the market position, and the profits, of companies like Koch. Protest movements across the country have halted new pipeline projects that could hurt Koch’s position. The long-delayed Keystone XL pipeline, which President Biden canceled in his first day in office, for example, might have opened markets for the high-sulfur crude used at Pine Bend, pinching Koch’s advantage. New pipelines in the South, which environmentalists and some property owners resist, could provide competition for Colonial. Alternatively, new wind farms or solar installations could open up a whole energy market.