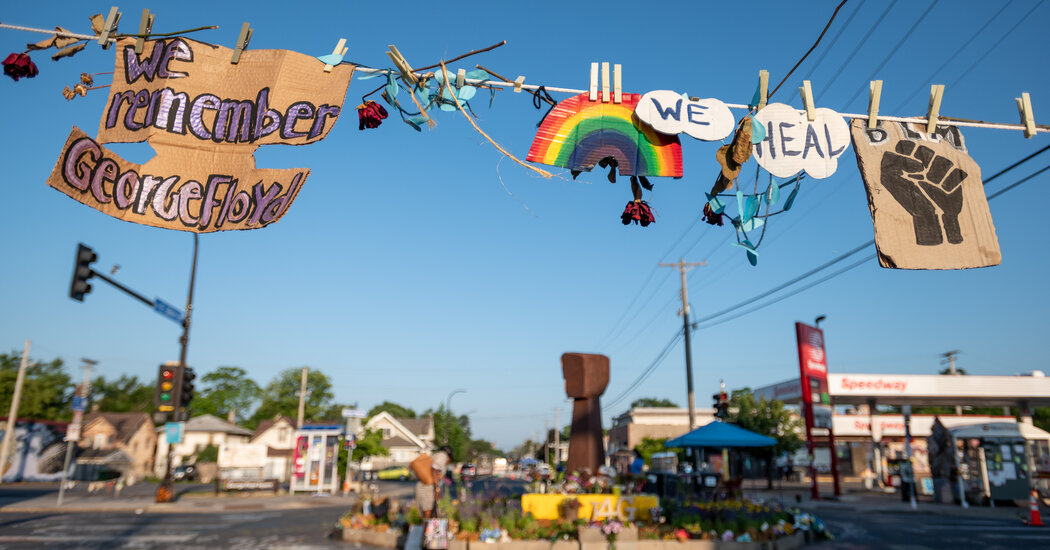 Darnella Frazier was just 17 when she recorded a video that shook the world. Her cellphone video, uploaded to Facebook, captured Derek Chauvin kneeling on George Floyd’s neck and upended the Minneapolis Police Department’s official narrative of the encounter, ultimately contributing to a guilty verdict.

One year after the death of Mr. Floyd, many young people view race and racism in America with a new urgency. Young Americans were on the front lines when protests erupted after Ms. Frazier’s video went viral, leading marches and initiating challenging conversations. Some were experienced activists, but many were participating in demonstrations for the first time.

To understand how the protest movement of last summer affected the lives of young people, we are asking readers under 30 to write in. What were your experiences and thoughts on race, racism and the aftermath of George Floyd’s death over the last year?

Readers 13 and older are invited to respond. If you are younger than 18, we will need the permission of a parent or guardian before publishing your response.