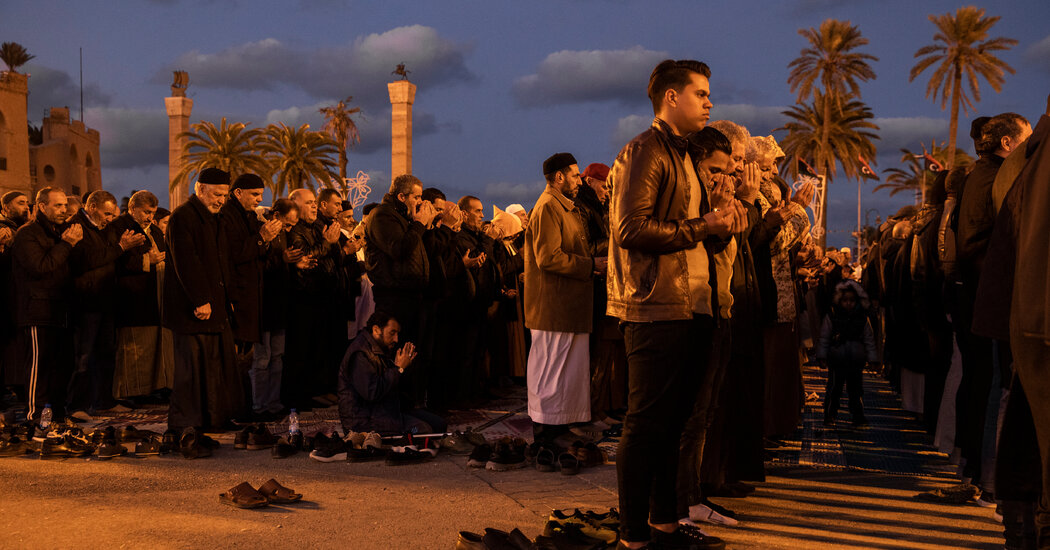 The promotion of Richard Norland to be the Biden administration’s special envoy for Libya may seem relatively insignificant when Israel is exploding and the Palestinians are dying and the administration is focusing most of its Middle East bandwidth on Iran and Yemen. But Libya has one distinct leg up on competing crises: Restoring some American credibility, leadership and sobriety could go a long way to stabilize the nation.

That’s why giving Mr. Norland, who is already our ambassador to Libya, added authority is an important sign that this administration is serious about supporting the political process intended to culminate in elections on Dec. 24.

After a decade of chaos, civil strife and foreign meddling following the downfall of the 42-year dictatorship of Muammar el-Qaddafi, there’s now an actual chance to get the country back on its feet. The holy month of Ramadan passed without major incident, a single transitional government is in place, and most foreign and internal actors are at least nominally behind the process.

What could go wrong? Plenty. After so many years of upheaval and with a lot of oil under its seas of sand, any movement toward a political settlement in Libya is inherently fragile. Preparations for the elections are still mired in political maneuverings, and a troublesome array of outside powers — most notably Turkey, Russia, Egypt, the United Arab Emirates and the European Union — have put down markers on a say in any outcome, with a lot of foreign troops, weapons, drones and money sloshing around to back their claims.

The benefits of restoring stability to Libya, however, are equally alluring. There’s that oil, potentially up to 1.6 million barrels a day, which could facilitate a rapid recovery of the economy and provide considerable employment not only for Libyans but also for their poorer neighbors, particularly Egypt. Restoring order would also mean controls on the migrants who have been flowing through Libya to risk a perilous sea journey to Europe, where they have become a source of considerable social and political problems. A Westward-looking government could also blunt Russia’s ambitions in the southern Mediterranean, now advanced by mercenaries of the Kremlin-linked Wagner Group, which is backing rebels in eastern Libya.

Most important, Libyans themselves are sick of instability and fighting. The thwarted attempt by Gen. Khalifa Hifter — an aging former ally of Colonel Qaddafi and a C.I.A. asset now supported by Russia, the U.A.E. and Egypt and formerly by the Trump administration — to grab Tripoli between April 2019 and June 2020 led to terrible carnage.

Peace might have come earlier. Though the United States officially recognized the Tripoli-based Government of National Accord at the time, the Trump administration gave a tacit go-ahead to “Field Marshal” Hifter to launch a blitz attack against the G.N.A. Gen. Hifter was also offered help by Erik Prince, an American security contractor and ardent Trump supporter. In effect, the United States surreptitiously took the side of Russia and the U.A.E. and helped rekindle a civil war, leading to thousands of Libyans maimed and killed and hundreds of thousands displaced.

Mr. Hifter’s offensive was blunted at the gates of Tripoli through a massive infusion of military support from Turkey. But American responsibility for some of the mess also gives the Biden administration a special responsibility to get on the right side of the peace process that was begun after the civil war through Germany’s mediation. That plan, hammered out in Berlin, created a Libyan Political Dialogue Forum that then selected an interim administration in March charged with leading Libya to elections.

That is no simple matter. Rival factions, including Mr. Hifter’s, abound, including rumps of old legislatures. Some members of the interim administration are showing signs of getting overly attached to what is meant to be temporary power.

Most dauntingly, tens of thousands of foreign troops are still inside Libya, despite an agreement that they should leave. After Najla Elmangoush, the interim foreign minister and the first woman to serve in that office, called for Turkish troops and mercenaries to leave the country, a militia stormed a hotel in Tripoli on May 8 looking for her.

Simply announcing that the United States firmly supports the interim administration and will have no further truck with Mr. Hifter gives the process a strong boost. The importance of doing so should not be underestimated, even if Libya does not rank with Israel, Iran or Yemen in the order of the Biden administration’s Mideast priorities.

Restoring order to Libya is critical to America’s trans-Atlantic allies and to energy supplies, but more important, it is a key test of the administration’s stated intention to reverse the damage of the Trump years, to revitalize American diplomacy and to re-engage allies who have sometimes found themselves on different sides of the Libyan struggle.