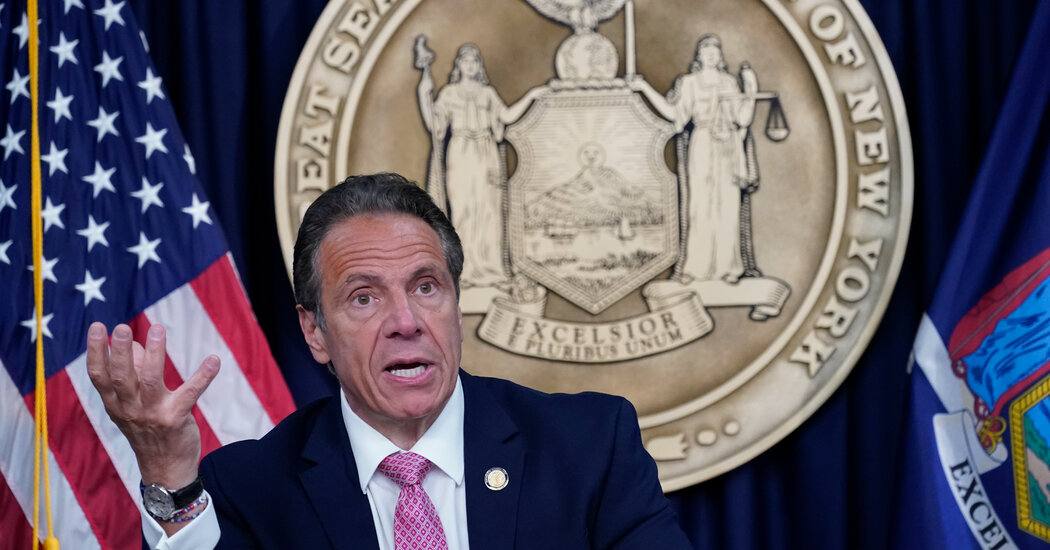 Mr. Cuomo recorded $118,000 in expenses related to his work on the book, according to a letter from a partner at PricewaterhouseCoopers, the accounting firm, which reviewed the finances of his book contract. The expenses included “legal and editing fees,” according to the letter, released by Mr. Cuomo’s aides.

Crown’s announcement that it would not release the paperback edition raised the question of whether the publisher, a division of Penguin Random House, would pay out the governor’s full advance.

That question could not be answered by the release of the tax returns, which included only payments Mr. Cuomo received during 2020.

“As a matter of longstanding policy, PRH does not comment on contractual or financial arrangements with any third parties, including authors,” said David Drake, the president of Crown, referring to Penguin Random House.

Even before Mr. Cuomo became enmeshed in multiple scandals, his book was a commercial disappointment, particularly for a title that had garnered such an astronomical advance. Publishers competed for the book in an auction, which drove up the price, according to publishing industry executives who spoke under the condition of anonymity because they were not authorized to discuss private negotiations.

Sales for “American Crisis” have been anemic, with just around 50,000 hardcover copies sold, according to NPD BookScan — not nearly enough for Crown to recover its investment.

“There’s no question that they lost their shirts and that Cuomo was the beneficiary of what can only be characterized as a bad commercial decision,” said Mike Shatzkin, the founder and chief executive of Idea Logical, a publishing consultancy.