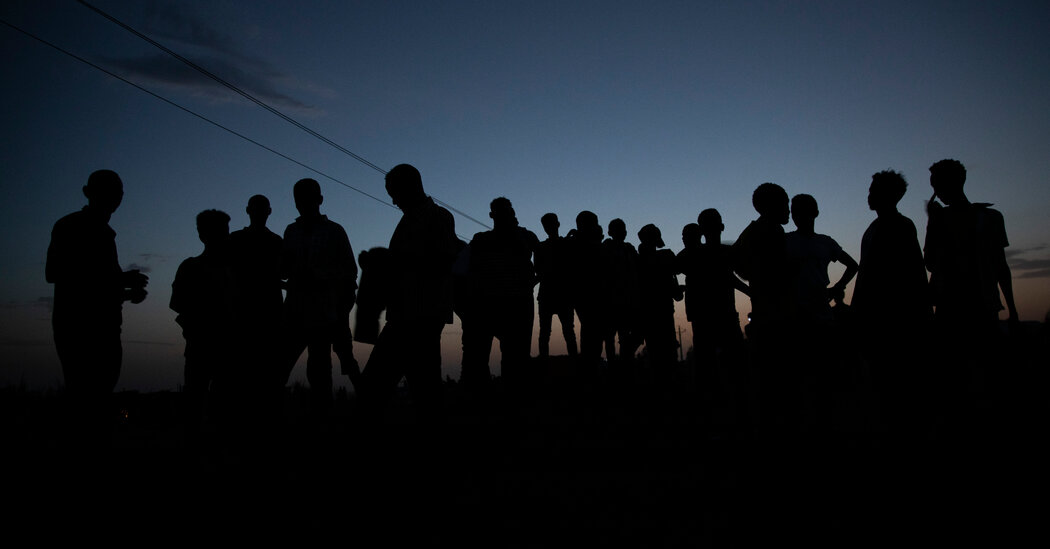 When President Biden took the oath of office, refugees in the U.S. resettlement pipeline felt they finally had some good news. Our client Faida, who fled persecution in the Democratic Republic of Congo, was six months pregnant when she received word that she had met the legal requirements and cleared all background, security and medical checks, and would be allowed to resettle in the United States. She even had a plane ticket and was counting the days until she would be in her new home in Pittsburgh, reunited with family and friends.

But President Biden waited too long to sign the documents to restart the refugee program. Faida’s travel date came and went. In the meantime, Faida’s baby was born — a healthy boy who now needs to obtain his own documents in order to be resettled. Like everything in refugee resettlement, this will take time. Meanwhile, Faida continues to wait in an East African refugee camp.

She isn’t alone. More than 715 approved and vetted refugees had their travel plans canceled before President Biden finally acted to revise the refugee cap for 2021 on May 3, raising the number of refugees the United States would admit to 62,500 from the historic low of 15,000 set by his predecessor. Over the 40-year history of the U.S. refugee resettlement program, average annual admissions targets were 95,000 per year before plummeting under President Donald Trump.

At a time when the number of displaced people worldwide is the highest it’s ever been, we are relieved that President Biden has committed to welcoming more refugees to the United States this year.

But raising the annual refugee resettlement cap is just the first step in rebuilding a complex program that involves coordination among several U.S. government agencies, the United Nations refugee agency U.N.H.C.R. and nongovernmental organizations in the United States and abroad. This will take serious effort and resources. After all, the prior administration did all it could to dismantle the infrastructure that supported every step in the refugee resettlement process.

The Biden administration’s nearly four-month delay in increasing the resettlement cap cost precious time. For the United States to make good on its commitment to welcome and protect 62,500 refugees this fiscal year and 125,000 in fiscal year 2022, the entire system will need immediate attention and investment.

First, we must ramp up capacity. The Department of Homeland Security maintains a corps of highly trained refugee officers who are tasked with traveling around the world to ensure that every refugee being considered for resettlement in the United States meets our stringent legal and security requirements. But because refugee admissions have been so low for so long, hundreds of refugee officers will need to be trained and prepared for deployment before they can operate in the field again. The Department of State collaborates with agencies overseas that run what are known as Resettlement Support Centers. These centers begin the resettlement process by communicating with the U.N.H.C.R. and refugees, collecting information and preparing each case for a refugee officer. The Department of Health and Human Services then works with states and local communities that receive refugees. This capacity needs to be revived after four years of near-total disuse.

Next, attention must be paid in the United States to the nonprofit agencies like HIAS that have been helping refugees start their lives here for decades. Despite doing everything we could to preserve our capacity and our community connections, resettlement offices across the nine U.S. resettlement agencies have been reduced by a third in the past four years. We have lost critical relationships with the infrastructure that allows us to successfully resettle those who arrive here: the landlords who are able to provide housing at reasonable cost and businesses willing to employ refugee workers, along with connections to health care providers and schools. Experienced staff members — many of them former refugees — have had to find other work. Still, we have never diminished our commitment; thousands of volunteers who work with refugees are clamoring to do so again.

Congress can also help by ensuring that refugees like Faida who put their trust in the United States to protect them won’t have their lives and safety politicized and endangered by a future U.S. president. The American people’s commitment to welcoming the persecuted shouldn’t be a switch to be flicked on or off every four years. Congress should pass the GRACE Act, which would set a statutory floor for refugee admissions and require the president to consider global refugee resettlement needs when considering the appropriate U.S. response.

We need to remember that refugees are people, mostly families, who are persecuted for who they are or what they believe, and who flee their homes, leaving everything behind. And the number of refugees globally is unlikely to drop in the near or long-term future. That’s why we need to ramp up our resettlement program and be ready. Welcoming people who need our help and who we know contribute so much to our country is at the core of who we are as Americans. It is an investment worth making.

We hope it won’t be too long before the friends and family waiting for Faida can welcome her and her son to Pittsburgh.

Melanie Nezer is the senior vice president for public affairs at HIAS, a Jewish humanitarian organization that provides services to refugees and asylum seekers around the world. Leon Rodriguez, a co-managing partner in the Washington office of the Seyfarth Shaw law firm, served as the director of U.S. Citizenship and Immigration Services from 2014 to 2017 and is a board member of HIAS.