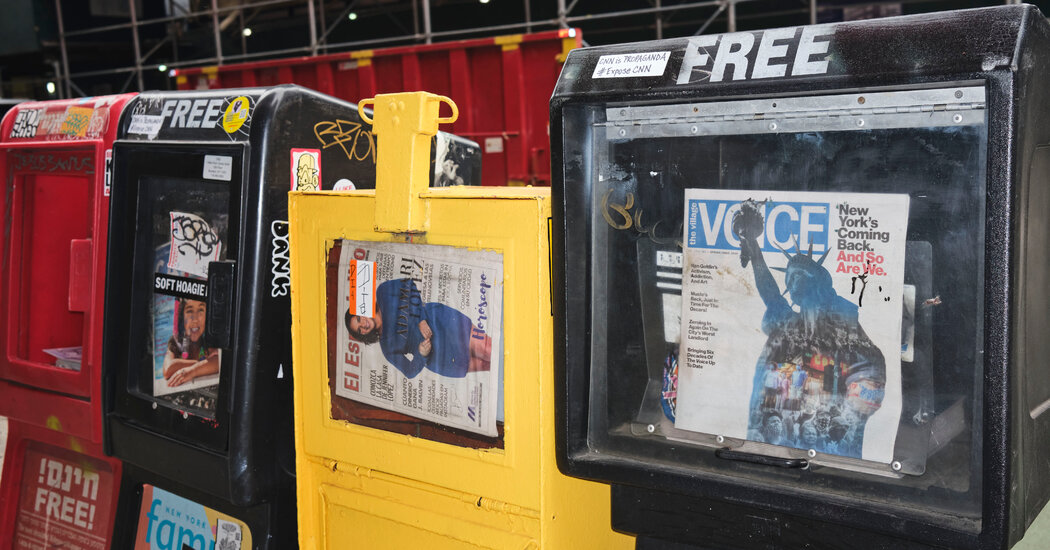 At a time when newsrooms nationwide are laying off reporters and some are closing down, a program begun by Mayor Bill de Blasio’s administration has been helping to sustain small, independent media outlets in every corner of the city.

In May 2019 he signed an executive order requiring city agencies to direct at least half their budgets for digital and print advertising to community newspapers and websites. These media outlets are often their communities’ most trusted sources of information. They publish in more than 30 languages throughout the five boroughs, serving immigrants, ethnic and religious groups and communities of color.

It has been a resounding success.

More than 220 of these news organizations received ads from 51 city agencies and departments totaling nearly $10 million in the program’s first year, according to a report from the Center for Community Media at CUNY’s Craig Newmark Graduate School of Journalism. During a period that included a census count, a presidential election and the pandemic, the ads provided a way for the outlets to get critical information to New Yorkers who don’t always consume English-language news from the city’s big daily papers or commercial TV and radio stations.

Just as important, these ads from the city kept small news outlets alive when their usual sources of advertising — local businesses — dried up during the economic crash caused by the pandemic. “Without advertising from city agencies, many of us would not have survived the pandemic,” 59 editors and publishers wrote in an open letter to city and New York State officials.

And when Mr. de Blasio recently announced he would spend $15 million to educate residents about ranked-choice voting, he indicated that a significant portion of those ads would be placed in community media. At least three New York mayoral candidates — Maya Wiley, Eric Adams and Kathryn Garcia — support using city advertising to assist community news operations.

The Brooklyn-based Haitian Times, an online news outlet, is a good example. In March 2020, “we all thought we were going out of business,” its publisher, Garry Pierre-Pierre, told the Center for Community Media’s Advertising Boost Initiative. But $73,489 in ad buys from the city last year — up from $224 in 2019 — provided a lifeline. The Haitian Times was able to respond to the Covid-19 crisis with original reporting on the Haitian community, which was hard hit by coronavirus cases. That story was rarely covered in the mainstream media.

The Haitian Times also reported on Black Lives Matter protests, highlighting the perspective of Black immigrants who were largely overlooked in national coverage, and served as an information hub for stories on Haitian women and girls. “We were able to hire freelancers to beef up our coverage, to increase the hours of our social media director and to bring on a managing editor as well as a copy editor,” Mr. Pierre-Pierre said.

In 2013, in research one of us did for the Center for Community Media, just 18 percent of city ads were going to Black, Latino and immigrant-oriented news outlets, despite the fact that they reach 55 percent of the city’s population. At the time these news organizations were largely overlooked by city agencies directing ad campaigns and the private firms they used to help place the ads. The Center for Community Media now serves as a bridge between city agencies and these outlets to ensure that the ad buy policy works smoothly. The center tracks each city agency’s ad calendar and works with the ad agencies.

Community publishers are now asking the City Council to institutionalize the advertising policy with legislation, and New York State legislators to adopt an equivalent program for state government spending. The center also is working with partners in Chicago and California to create similar initiatives there. And the Biden administration is on record supporting a bill that would require federal agencies to include in their budget requests just how much they would spend on ads in the Black, Latino and minority-owned press along with women-owned publications. There is also bipartisan supportfor legislation that would provide tax credits to subscribers of local news outlets.

Government funding of media is not new. The longest-standing support has been through postal rate subsidies and legal notices in local media. And the federal government, through the Corporation for Public Broadcasting, has long invested in public radio and television and related online and mobile services.

The federal government has an advertising budget of $5 billion, so a program like New York City’s could provide an enormous boost to community news organizations at a time when local journalism around the country is in crisis. As Penny Abernathy meticulously documented while at the Hussman School of Journalism and Media at the University of North Carolina, at least 25 percent of newspapers have disappeared since 2004, creating news deserts across the country. If cities and states choose to more equitably distribute their government ad spending, that could have a profound impact, even without help from Washington.

Other solutions are emerging. More local news outlets, for instance, are considering becoming nonprofits to enable philanthropic support for their work. In the meantime, New York City has created a model that we know works, that doesn’t require new taxpayer funding and that can be readily adopted in communities across the nation.

Sarah Bartlett is the dean of the Craig Newmark Graduate School of Journalism at CUNY. Julie Sandorf is the president of the Charles H. Revson Foundation and the author of a 2020 article in The Stanford Social Innovation Review about renewing philanthropy’s commitment to local journalism.